THIS STRIP IS NOT SAFE FOR WORK

Scroll down at your own risk! 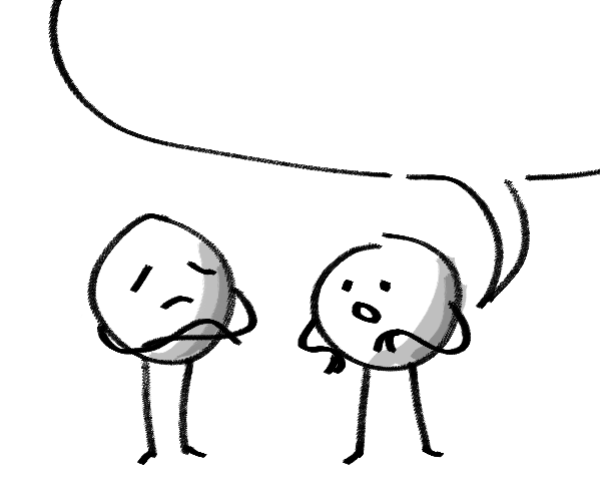 TeeEffDee
#1
`Peyo` something I was thinking about is that one of the few routes anyone has to try and dominate/vandalize this site is to simply attempt to clog the feed with massive amounts of submissions. A good way to render this useless without hindering anyone's free expression would be the ability to block a user from appearing in your personal feed. That way if someone started to get out of control it would be easy for users to just block their feed submissions and only see what everyone else is doing. Another good option in addition might be a friends only feed where you only see the feed from people on your friend list. This would be handy if you just wanted to check what others you follow are up to.

Barococopper
#3
A friends feed sounds like a great idea! I wonder where you got that from... I might be wrong, but I think the blocking idea TFD suggested only applies to the feed, so a blocked person's comments, panels, etc don't show up for you on the feed page, but their contributions would still show up on the strips themselves. Their stuff will still be present and available, it's just that the people who how them blocked don't have it announced in their feeds. Hopefully that makes sense!

TeeEffDee
#4
I stole the friend feed idea from Barococopper!!! It is (t) and (c) Barococopper donut steel. And yes that's right about the feed everything I suggested I meant as a local effect that doesn't impact anyone but the client.

Peyo
#5
the tricky part of course is registering our favourite PJ troll made a habit of making new account every five minutes and this would make blocking users kind of tricky - you would block one and meanwhile ten more new ones would pop up I was thinking of an endorsement based approach - where new users would be limited users until one of the trusted users endorses them - but this had the problem of what would a new user would be able to do in this case? (we don't know if we can trust someone new until they actually use the site) the main problem is that making a new user is a cheap non-effort thing (and making sure that only certain people can register is kind of impossible because of VPNs and such) and so right now our contingency plan is that when things go down I simply hide the register page and people would have to email me to register (but only for maybe a few months until things go back to normal.. or we find a better solution)

Scones and Cones
#6
You could add a trial period or something where new accounts can only add a low amount of drawings for a certain period or such. I feel like limiting the functionality of new accounts might prove useful in the measure, maybe limiting the amount of panels they can do early on until a week has passed or something, or at very least ones they can add to other's games. Just so they can't spam everything instantly. . Alternatively, you could even use a star-based system, where a user needs a certain amount of stars to get out of the trial period (new accounts couldn't give stars) So that could create a very basic level of moderation from the community in a way. The only problem doing this is it relies on the community to be generous, but hopefully that isn't a problem since I think there are a lot of kind people here. Or maybe you could spin this so that you could include a star limit for your jams? Just some thoughts.

Peyo
#7
I thought about that too, unfortunately it has the same problem: you can just register a new user and keep adding drawings or star your own drawings etc. one thing I certainly need to add is to differentiate trusted users somehow